Are you in the mood for a fizzy refreshing coca cola?

There are so many interesting and unique condom flavors out there to try, but one that has piqued the interest of many is coca cola flavored condoms! Yes, these delicious tasting condoms taste like real coca cola and take your senses on a wild journey. 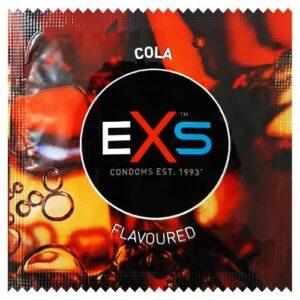 EXS Cola is a delicious condom that will provide an experience like no other!

This condom is black in color and features a special flared tip that provides extra comfort and durability, while the non-spermicidal lubricant provides a pleasurable amount of slip without the toxins. EXS Cola condoms are completely vegan and are never tested on animals, so you can rest easily knowing that your condom is ethical.

With CE certifications, electronic testing, and an 100% genuine guarantee, what more could you ask for? 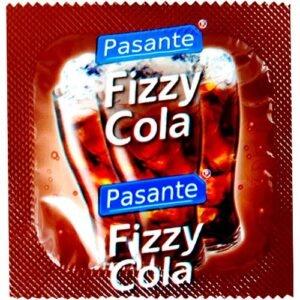 These condoms offer a non-spermicidal lubricant, keeping things as natural as possible. They also taste just like coca cola, which keeps things interesting in the bedroom!

They’re a great choice for anyone looking for a new condom to use during vaginal or oral sex and they are CE certified, electronically tested, and 100% genuine.

They are even the same color as coca cola! 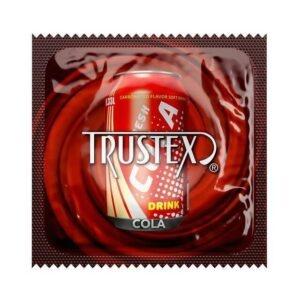 Looking for a refreshing way to start the day? Why not try a coca cola condom!

Trustex has created a standard-sized condom that tastes and smells just like an ice cold coca cola. With a sugar-free water-based lubricant and a reservoir tip, this unique condom will have you adding it to your favorites list.

Whether you call it pop or just plain soda, Trustex Cola is the perfect calorie free way to get a taste! 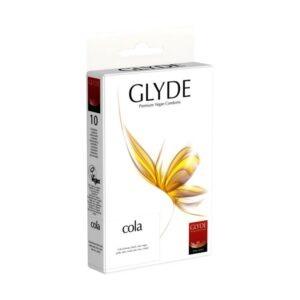 Glyde has done it again with a groundbreaking and taste-bud awakening condom.

Glyde Ultra Organic Cola Flavored Condoms offer a guilt free way to enjoy your sex and your coca cola at the same time. They’re completely vegan, so there’s no worrying about any kind of animal cruelty while you’re in the moment. Simply throw it on and you’re ready to go!

This cola flavored condom is made out of latex and is lubricated for pleasure and safety. Enjoy!

Are Flavored Condoms as Effective as Regular Condoms?

All condoms undergo the same rigorous testing to ensure that they are safe and protect the user and their partner against unwanted pregnancy and sexually transmitted diseases and infections.

Most countries have regulations and their own systems for ensuring the condoms sold in their countries are completely safe, such as the FDA in the United States. Check your country’s specific laws for more information on how they’re keeping you safe!

Why Should I Try Flavored Condoms?

Flavored condoms are a great way to spice things up in the bedroom. Most condoms taste like latex, which isn’t very pleasant for someone performing oral sex.

Flavored condoms provide a unique experience that is more pleasant for everyone. When the flavor is better, so is the sex.

How to Use a Condom Safely

Flavored condoms are just like regular condoms and require the user to properly store and put them on in order to be effective.

Tips for using condoms correctly include:

Two condoms on top of each other is NOT more effective. In fact, it increases the risk of breakage. Don’t do it!

Coca Cola flavored condoms provide a treat that goes further than a simple can of coca cola will. Utilizing a brand that is reputable and tested ensures you’re safe while having fun. Always check your condoms and use them the correct way to ensure that you are always protected.

Have fun and enjoy!

John is a writer from Arizona, interested in health & fitness. He follows NFL and relaxes watching comedies