No doubt that condoms are the most reliable way to prevent unplanned pregnancies and, more importantly, reduce the risk of sexually transmitted diseases. It is good in a way that using condoms does not require any technical skills and preparations.

There are almost no known side effects of condoms, except rare cases of latex allergies. Even latex allergies are not an issue, as condoms made from other materials are readily available.

There is no doubt that condoms are incredibly safe. However, now some are suggesting that condoms might cause cancer! So, is there any truth behind it?

Suggesting that condoms might cause cancer is a very big claim. Sure, investigators who have suggested so have some substance in their findings. However, their conclusions have certain flaws.


Consecutive studies show that, in practice, that is unlikely. Moreover, there is no proof from clinical studies that people who use condoms are more likely to develop cancer.

Why and how of condoms and cancer

Of course, every idea has some background, and the idea that condoms might cause cancer has not come out of thin air. Hence, there are indeed some studies suggesting that condoms may contribute to higher cancer risk.

One of the studies done in Germany found that condoms contain N-nitrosamine, which is known to be a potent carcinogenic. Thus, the study suggested that using condoms may increase the risk of cancers in both men and women since some amounts of it will be absorbed through the skin. [1]

However, when we look in detail, we can see multiple flaws in the study. Firstly, the study clearly states that N-nitrosamine is not present in all condoms but in some. Secondly, it says that it is present in minute amounts.

It means that very few condoms contain this substance in traces. Moreover, considering that unlike foods (N-nitrosamine is also present in foods), condoms are not ingested, and very minute amounts make to the body.

Hence, suggesting that condoms have N-nitrosamine is not enough. One is more likely to get nitrosamines from foods like cured meats, bacon, cheeses, dry milk, and fish. Since foods are completely ingested. [2]

So, in practice, condoms are not likely to increase the risk of cancer until or unless one starts ingesting them. Even in that case, they are more likely to cause intestine obstruction than cancer.

Studies show that some of the commonly consumed foods are high in nitrosamines, and thus these foods must be consumed sparingly, like beer, bacon, cured meats, and even dry milk. [2]

There are some studies that have successfully ended this controversy. These studies found that even if nitrosamines are present in condoms, they are present in traces and in permissible amounts. Furthermore, minute amounts of impurities are present in almost everything, even fresh fruits.

One of the extensive analytical studies found that condoms do not contain nitrosamines more than 0.01 to 0.1 mg per kg of rubber. So, yes, those are very small amounts, and even smaller amounts will enter the body.

The study calculated that if a person regularly uses condoms for 30 years, using about 50 condoms a year, then about 0.9 micrograms of nitrosamines might enter the body. That is a very minute amount entering the body in 30 years.

This amount is about 1000 to 10,000 times less than one would be exposed to nitrosamines through foods and tobacco. Thus, the study concluded that although, in theory, such a risk is there, the risk is negligible in practice. [3]

Moreover, there are studies showing that condoms can significantly reduce the risk of certain types of cancers.

Condoms may rather protect from cancer

Further, there are studies confirming that using condoms may considerably reduce the risk of cervical cancer in women.

Another reason researchers think this is due to the lack of fluid exchange between men and women. Though this phenomenon is poorly understood, studies show that the risk of cervical cancer is reduced if the fluid exchange does not occur. [5]

Therefore, researchers also recommend couples use condoms if a woman is living with an HPV infection. It will not only prevent transmission of the infection; it appears that condoms promote the clearance of HPV infection from the body.

So, what do we conclude? Well, studies show that some condoms (not all) contain nitrosamines in traces. However, even if a condom contains nitrosamines, a substance that is known to increase cancer risk, it is in traces.

One is not exposed much to nitrosamines via condoms. However, it appears that some commonly consumed foods have much higher nitrosamines, like bacon, cured meat, and even cheese.

Thus, theoretically, it is true that many condoms contain nitrosamines, but in practice, this is not a cause of concern since the amount is minute or in traces. Thus, researchers disagree that such a minute amount of nitrosamines can pose any significant health risk.

Therefore, it would be correct to say that there is no evidence that condoms increase cancer risk. However, what some researchers suggest is based on certain assumptions rather than firm evidence.

To reduce cancer risk, one should consider other measures like reducing the intake of processed foods and engaging in physical activity. 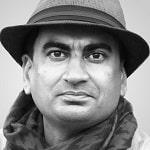