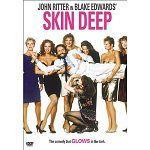 For those of us that grew up in the eighties no movie scene will ever be any more hilarious then the glow in the dark condom scene from the movie Skin Deep starring John Ritter of Three’s Company fame.

In the movie John Ritter develops a sexual relationship with a woman who secretly already has a boyfriend. The scene starts in a completely darkened room(the movie audience is unable to see anything) with the woman and her boyfriend getting ready to have sex using a glow in the dark condom.

John Ritter sneaks in to the house planning on surprising his woman with a night of passionate sex. He puts on his glow in the dark condom ahead of time so as to be fully prepared.

The hilarity that ensues when the two men run in to each other in the completely darkened bedroom is classic. They start fighting. However all the audience can see is two glow in the dark condoms bouncing all around. Well, check it out for yourself:

I bring up this movie because I think it illustrates what glow in the dark condoms are all about. Condoms can be many things including frustrating so when the opportunity arises to have a little fun with them I say go for it.

While it’s true that serious romantic sex is an awesome thing let’s not forget that relationships and sex should have their fun time too. What can make a relationship great is the ability to not take ourselves too seriously. Glow in the dark condoms can allow us to be playful and have fun with each other.

Selection of Glow in Dark Condoms

There are several brands of glow in the dark condoms available but this was the first one approved by the FDA for sale so it makes sense to list it first. They’re called Global Protection Night Light Glow in the Dark Condoms which is a long name but a great product. These condoms pass all regular condom quality controls so you don’t have to worry about breakage or rashes due to inferior materials.

When it comes to having fun we can say that the glow factor outshines other condom types! So if you are in the market for some fun be sure to check the Global Protection Night Light condoms.

Another FDA approved glow in the dark condom worth checking out is the Glowing Pleasure Condom by ONE. ONE Condoms are well known for their cool design.

Both of these condoms have the same dimensions and are pretty similar, which makes sense because the same company is behind both of these products. You can find them online, either on Amazon, Luckybloke.com or at Undercovercondoms.com.
Width: 53mm
Length: 180mm
Luckybloke.com

UK manufacturer Pasante also has one glowing condom in their selection.
Just slightly wider, but not by much.

These will be more easily available for customers in Europe so if that’s where you’re located give them a try.